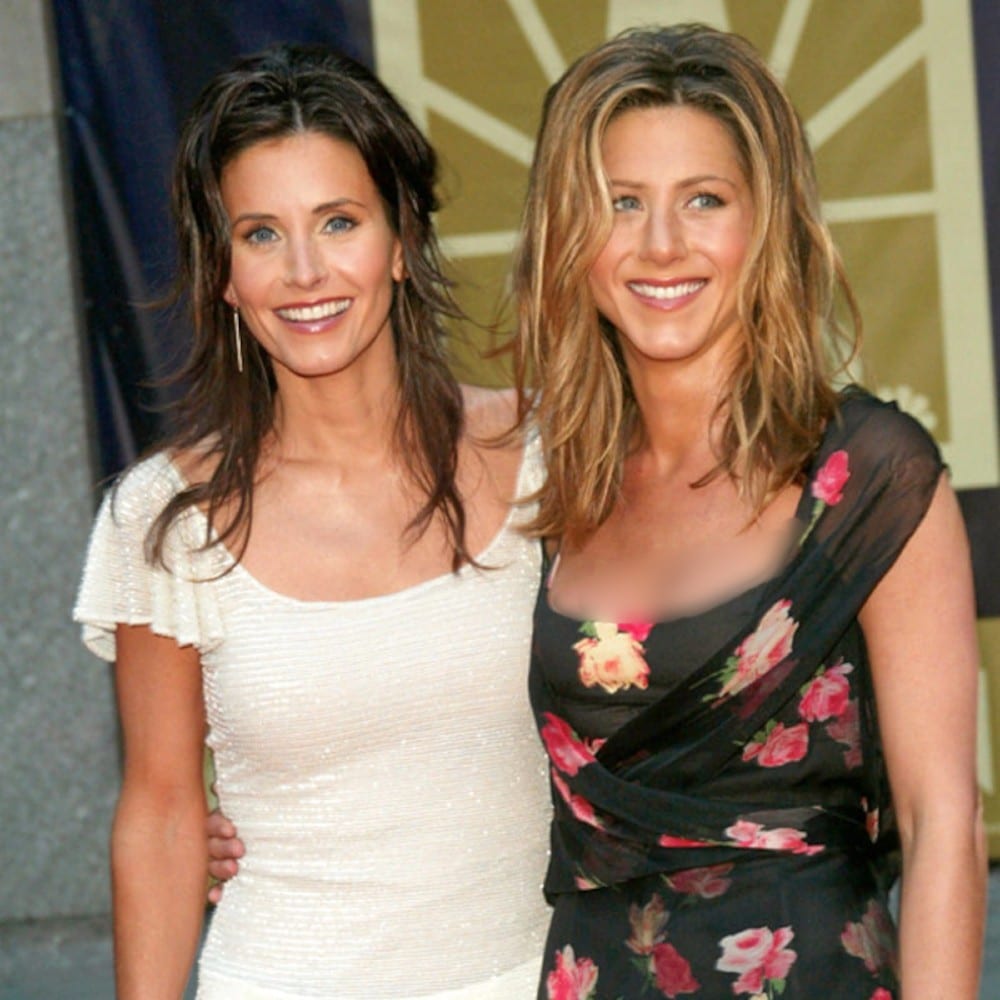 Creating a huge frenzy of nostalgia among the fans, Friends co-stars Courteney Cox and Jennifer Aniston have reunited for a special cause. What made the moment even more special is how they have adorably twinned in their matching apparel of ‘Friends Forever’ t-shirts.

The actress duo from the legendary ’90s sitcom recently posted a brief boomerang clip on Instagram. In the clip, Cox, 57, and Aniston, 53, are seen together wearing brand new Friends merchandise. The new t-shirts feature the line ‘Friends Forever’ with six keys surrounding it. This design symbolizes the iconic final scene of the series, depicting all six friends leaving behind their personal keys as Chandler (played by Matthew Perry) and Monica (played by Cox) were moving out of their long-lived shared apartment. 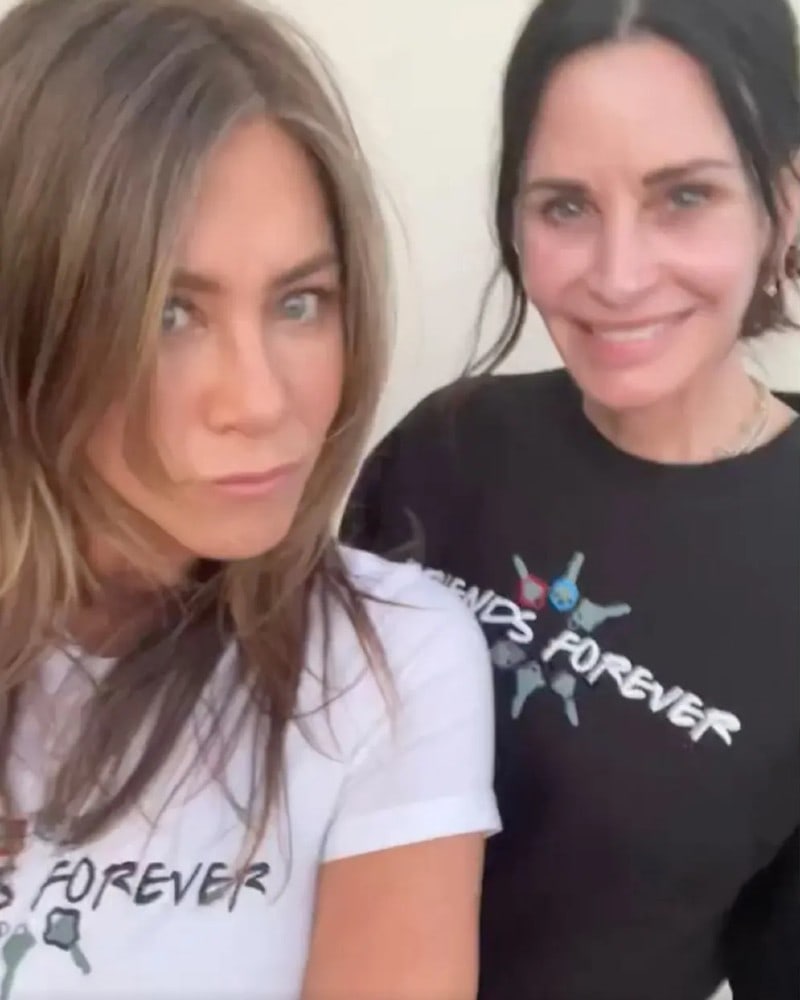 Two NGOs are going to be benefitted from this newly launched Friends merchandise line. This latest line features several items of clothing inspired by seasons 7-10 of the series. All the merchandise will be available for four weeks only. After Aniston’s post, Cox shared a similar one reminding the fans and followers that this will be the final drop of Friends merchandise. No fan of the show is going to miss this golden chance for sure!

The two non-profit organizations tagged in the Instagram post are EBMRF and Americares. Americares is a global NGO donating medical supplies and medicines all across the world. EBMRF is a charity organization, which raises awareness and funds for the treatment of EB or Epidermolysis Bullosa, a rare genetic skin disorder.