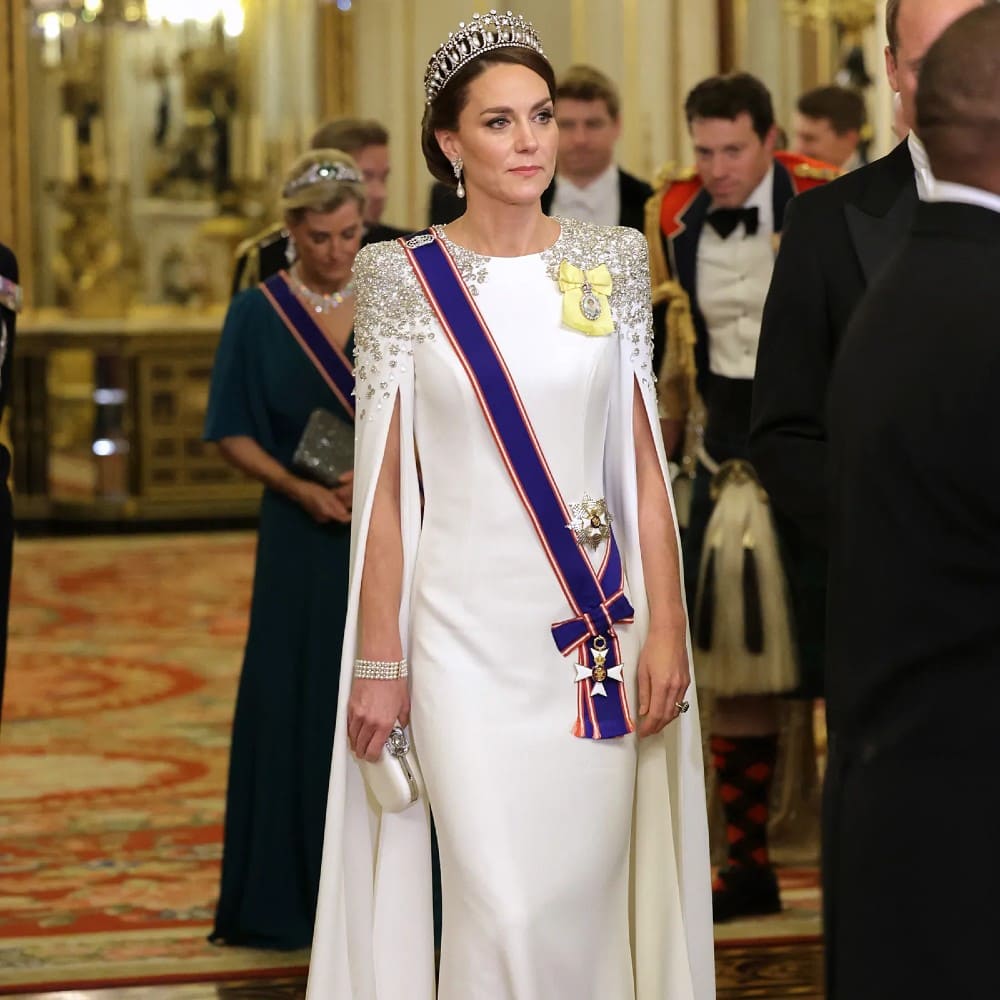 Princess of Wales, Kate Middleton, is not a new face when it comes to wowing the world with royal fashion moments. Recently, the Princess added another feather to her growing list of jaw-dropping fashion moments, when she adorned a stunning royal accessory at her latest dinner party. It was the fabled Lover’s Knot Tiara of Queen Mary, a personal favorite of the late Princess Diana. 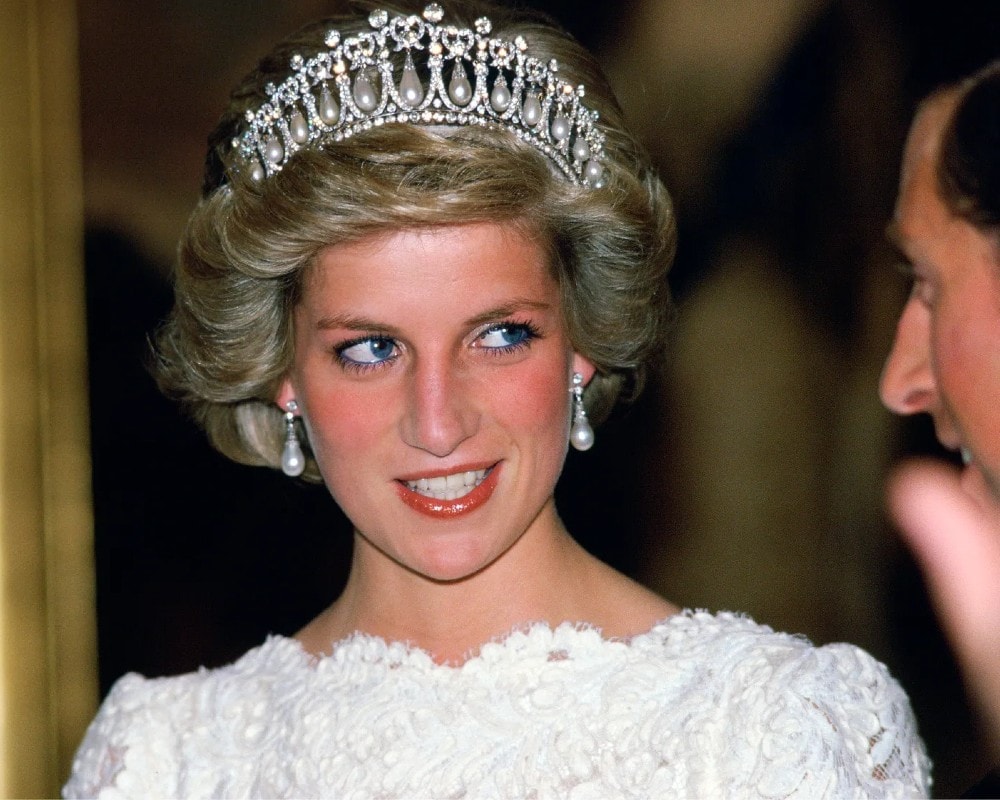 The Lover’s Knot Tiara was made in 1914 by the Royal Jeweler Garrard. The design was personally suggested by Queen Mary, which was influenced by another tiara owned by Princess Augusta of Hesse, Queen Mary’s grandmother. The gorgeous tiara was embellished with plenty of diamonds and teardrop pearls already possessed by her family. Eventually, it was passed as a family heirloom to Princess Diana, who adored it and wore it on several important occasions.

Just like Princess Diana, the Princess of Wales also dazzled in this tiara, when she sported it on the occasion of the first state dinner of King Charles III’s reign. For the occasion, Kate Middleton donned an embellished regal white gown with a cape and a royal blue sash. A brooch bearing the image of the late Queen Elizabeth II was another statement piece of her ensemble. Her pearl bracelet, diamond and drop pearl earrings, and pearlescent white clutch beautifully complemented the famous heirloom tiara.

Kate Middleton was looking amazing at her father-in-law’s dinner party. King Charles III’s first royal state dinner was attended by several members of the British royal family, along with several political delegations. The dinner menu was extensive, with the starring dish being the grilled brill with wild mushrooms and stuffed Windsor pheasant. But there’s no doubt that the star of the entire occasion was none other than Kate Middleton in the showstopper Lover’s Knot Tiara.

Sandra Bullock Is Still Embarrassed About Doing That One Movie

Almost every actor and actress can find a movie that was a mistake, and seasoned actress Sandra ...

JoJo Siwa is a well-known dancer, singer, actress, and YouTube star that has quite a fan base, ...