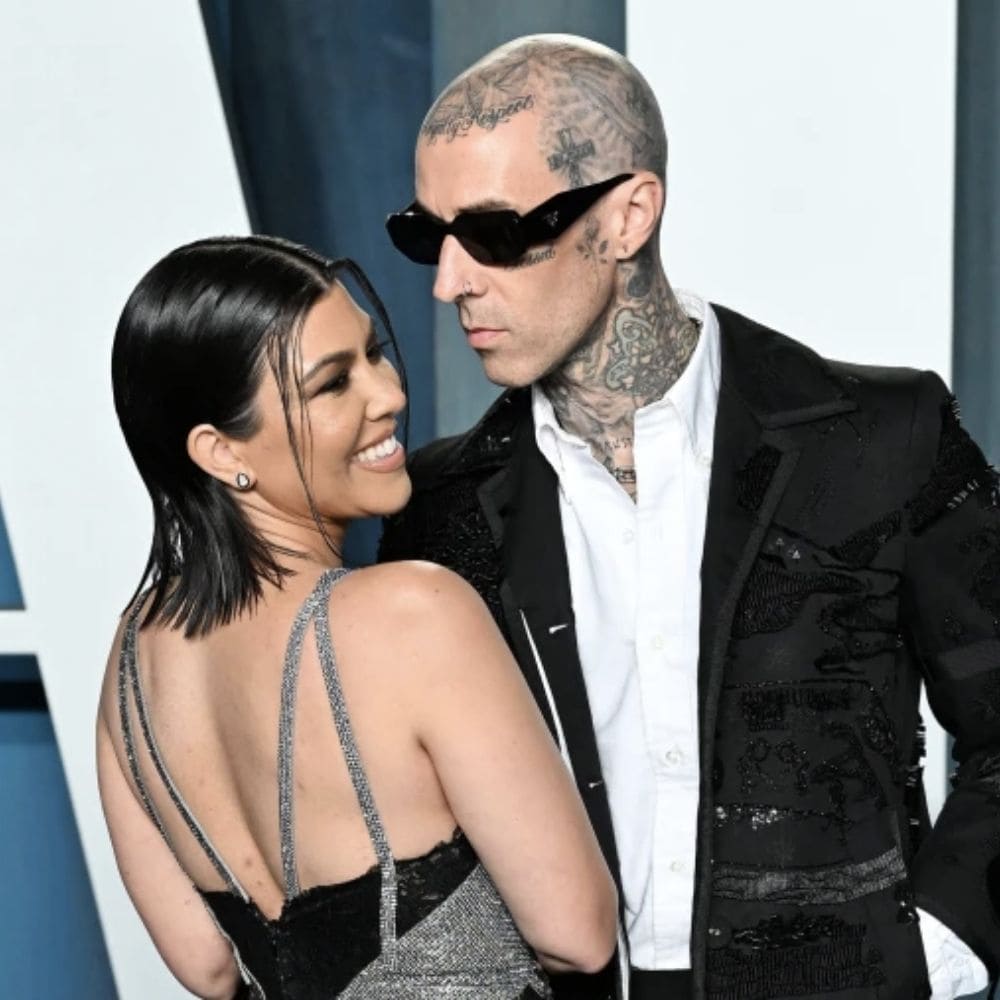 Kourtney Kardashian and Travis Barker have tied the knot, and this time for real. The duo’s wedding was a much-awaited event by many, but instead of a blown-out Kardashian event, the two got married in a super private ceremony attended by only a few members of their families. The Blink-182 drummer and the oldest Kardashian sibling legally tied the knot on May 15, after having a practice Vegas wedding in April. The two had a follow-up wedding in Italy on May 22. 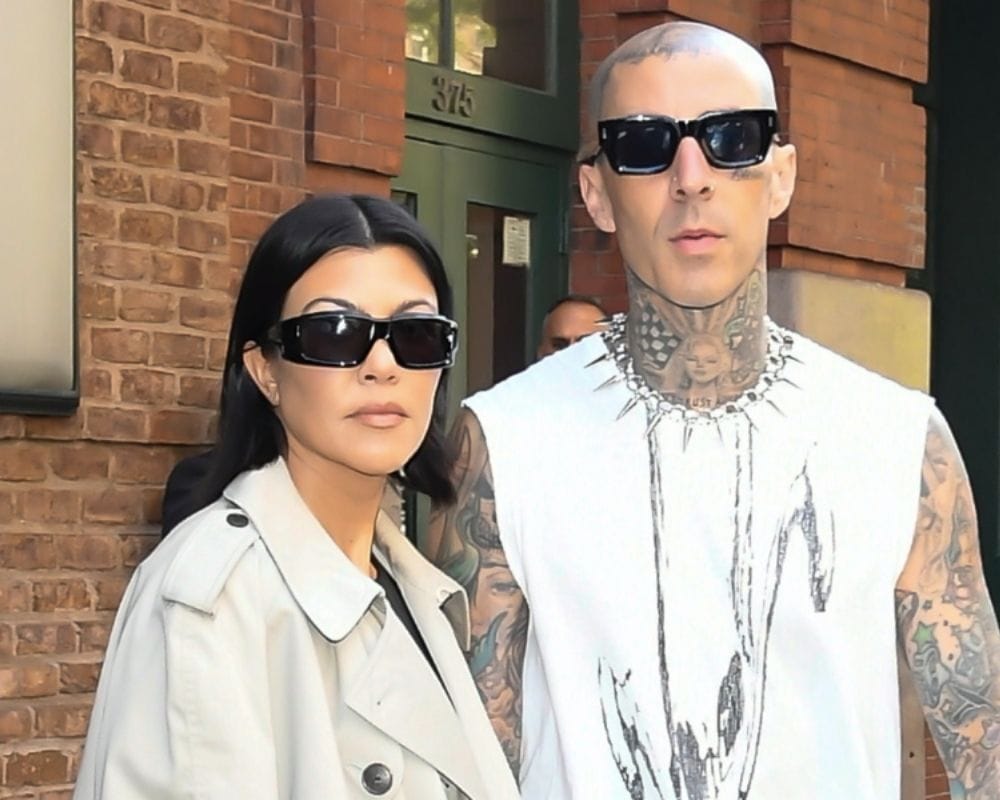 The court marriage on May 16 took place in Santa Barbara and was only attended by a few choice guests. Randy Barker, Travis Barker’s father, and Mary Jo Campbell, Kourtney’s grandmother were present for the ceremony. Kourtney arrived in a super chic spaghetti strapped mini wedding dress with a veil and Barker in a streamlined black suit. The two later celebrated with Barker’s daughter, Alabama. The couple posted adorable pictures on their Instagram with their car featuring a “Just Married” card on the back.

The Wedding Party in Italy

The Kardashian clan also descended on Italy to celebrate the final wedding between the couple. The nuptials took place on May 22 on the grounds of L’UIlivetta. For their Italian ceremony, the Kardashian sibling wore a custom white corset mini-dress with a dramatic and long veil while Barker wore a sleek black suit. Andrea Bocelli and her son, Matteo performed songs ‘Can’t help Falling in Love’ and ‘Fall on Me’ at the wedding. Also present for the ceremony were the couple’s six total children, as well as Kourtney’s world-famous family. The celebrations are said to have taken place over several days, starting with a dinner at Ristorante Puny. 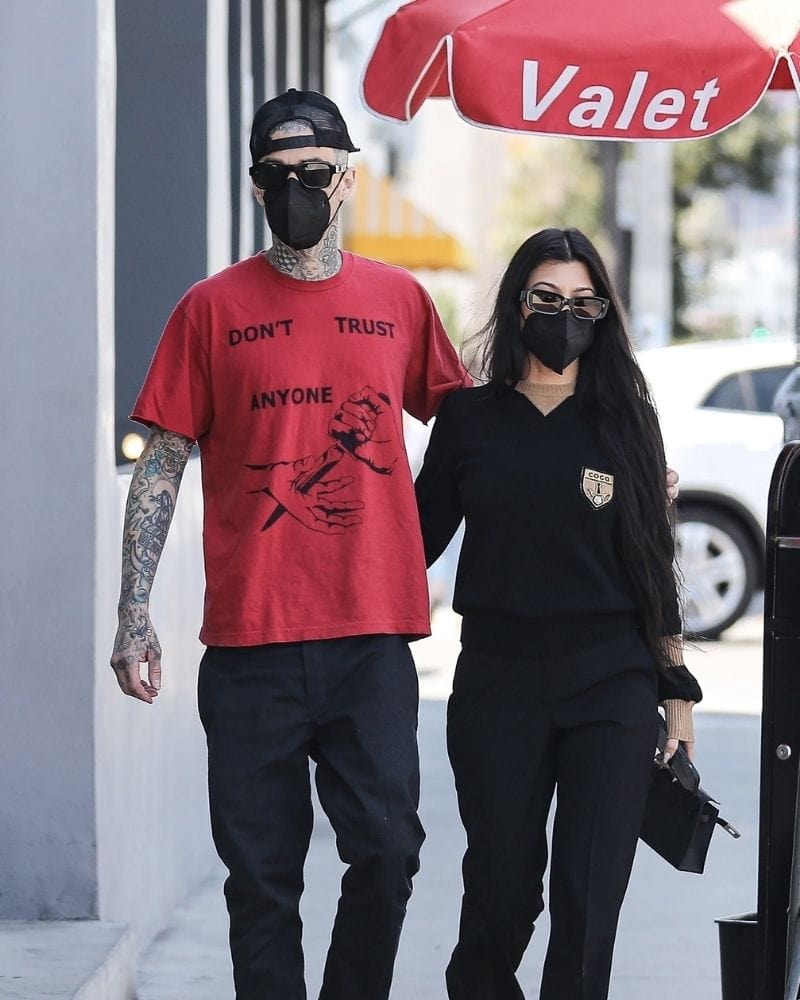 Travis Barker and Kourtney Kardashian got engaged after less than a year of dating in October 2021. Barker proposed to Kourtney on a beach in California amidst a setting of roses and candles, an event that was featured on The Kardashians. The Barker-Kardashian blended clan now includes the duo and their six children — Kourtney’s three children with ex Scott Disick — Mason, Penelope, and Reign, Barker’s children Landon and Alabama, as well as his stepdaughter, Atiana.

A College Senior Creates Reusable Face Masks for the Deaf

All people are now required to wear masks when indoors in public places. With everyone scrambling ...

A recent study by Michigan State University came up with a curious finding regarding relationships. ...