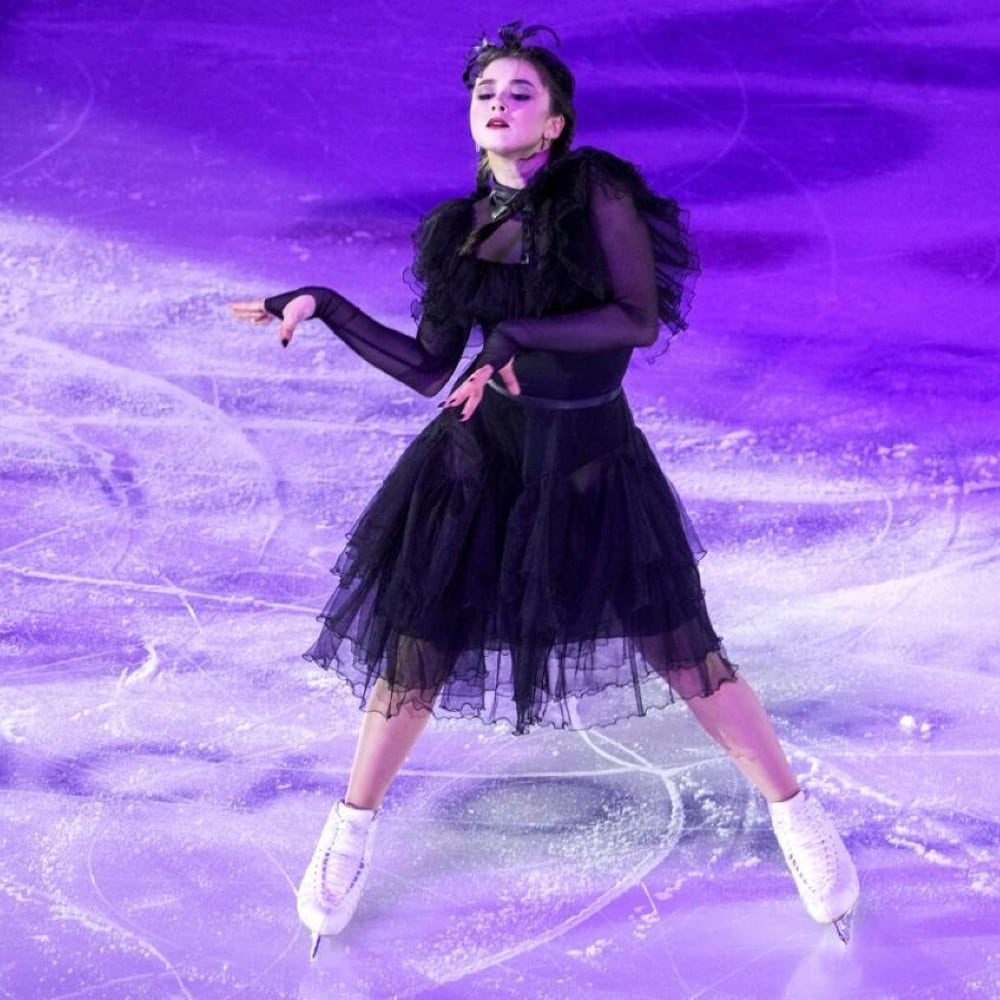 It seems that the Wednesday fever is far from being over! Joining the long line of celebrities and people across the globe and taking the trend up a notch, figure skater Kamila Valieva performed the newly iconic Wednesday dance at the recent Russian Figure Skating Championships. Moreover, she included ‘Thing’ too!

On 25th December 2022, the 16-year-old pro figure skater took to the ice rink, during her Championship performance, in a deep black frock mirroring the one donned by Wednesday actress Jenna Ortega. Valieva opened her performance with the original Addams’s Family theme song, where she was joined by ‘Thing,’ the live severed hand and the faithful sidekick of the character Wednesday Addams. Kick-starting her performance, Thing pulled the pair of skaters up before Valieva climbed over the rail. 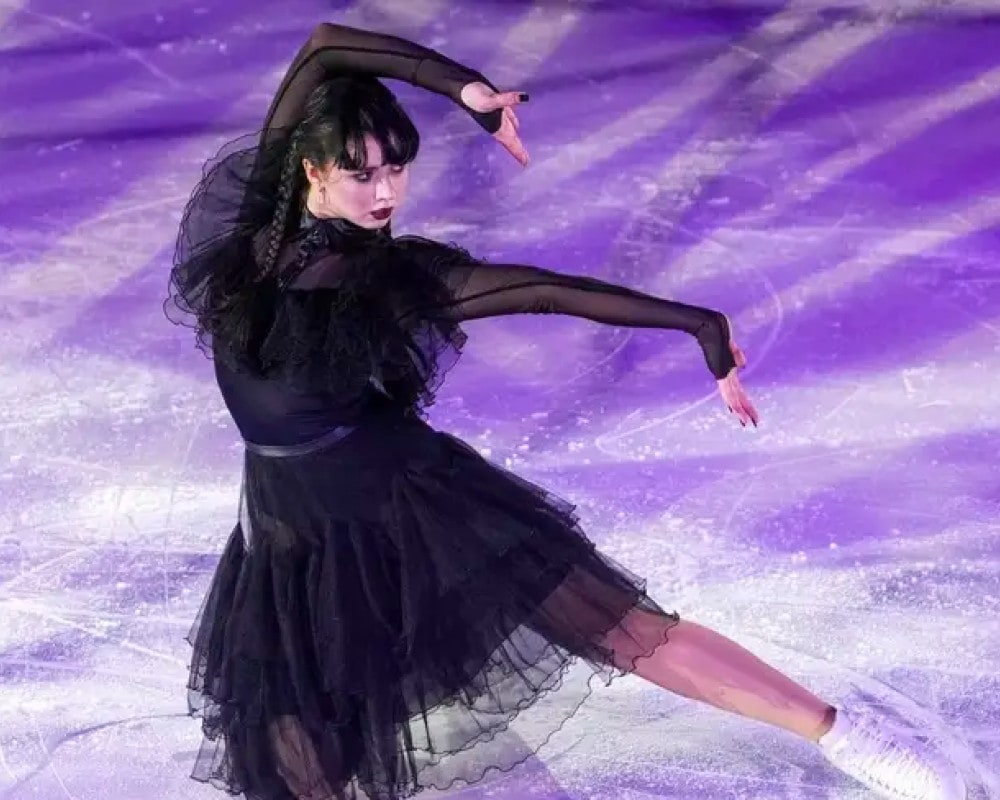 While sliding and gliding on ice, Valieva performed every move from the now iconic dance with flawless execution, inclining into the signature intense and gloomy expressions of Wednesday Addams. Eventually, the theme music switched to “Goo Goo Muck” by The Cramps, signaling the start of the viral dance. The beautifully choreographed piece was an ode to the original dance piece created and performed by Jenna Ortega in the internationally acclaimed Netflix original series Wednesday, directed by Tim Burton. Guiding her final moves, “Bloody Mary” by Lady Gaga was the last song that capped off Valieva’s performance.

Without missing a beat, Valieva delivered a performance that was beautiful yet kooky. Her black dress and the signature braided hairdo of Wednesday brought an uncanny resemblance to the original scene by heightening the atmosphere. The talented teen skater effortlessly elevated her performance by combining the peculiarity of the spooky dance with the elegance of figure skating. This wasn’t surprising coming from her, as Kamila Valieva was declared the first woman to land a coveted quadruple jump in the Olympic Games during her performance in the 2022 Beijing Winter Olympics.

Another pop star joins the Marvel club. Yes, you read it right! Megan There Stallion is now a part ...